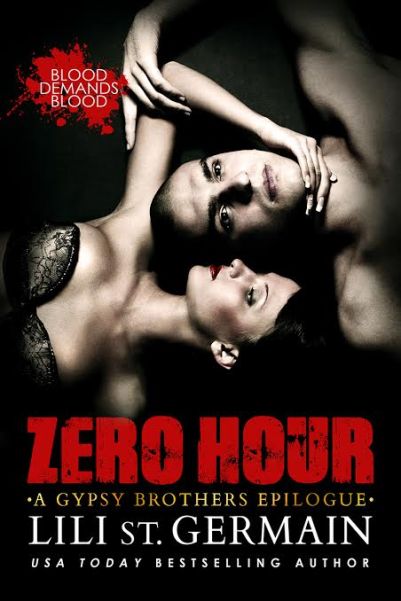 The final, shocking conclusion to the  #1 bestselling Gypsy Brothers series

They say a human being needs few things to exist.

Hope for the future,

But most of all…

Juliette Portland had all of those things. Her purpose was simple: Seduce. Deceive. Kill. Avenge. Once Dornan Ross and his sons were dead, her future was supposed to be clear. Her life was finally going to begin. And love… Against all the odds, she had the love of a boy she never thought she’d see again.

Of course, life has a way of fucking with even the most meticulous of plans, and calling in owed debts can have the most severe consequences. Thanks to Juliette’s diabolical retribution, the Il Sangue Cartel has lost it’s Kingpin, but not for long. There’s always someone in the wings, ready to step onstage and seize power. The Gypsy Brothers Motorcycle Club might be reeling from the deaths of their President and his six patch-wearing sons, but they’ve come back swinging.

Two deadly enemies, hundreds of bloodthirsty members, both sides eager to punish those that would try to topple them.

Two survivors, a man and a woman, forced to flee in the night.

For Juliette, vengeance is a hollow victory.

It never, ever ends.

The flames of incomplete vengeance are licking at her heels, and it’s only a matter of time before the Il Sangue cartel and the Gypsy Brothers catch her in their grip and crush her.

Unless she crushes them first.

NOW AVAILABLE at the following retailers: 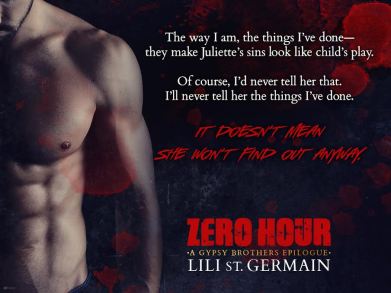 “When you blank out. When you go away. You’re with him, aren’t you?”

I take a step back. I feel like I’ve been punched. I don’t respond. I don’t even say, who do you mean, because we both know who we’re talking about here.

I can’t breathe. It’s like Dornan’s in the room. I feel his warm breath on my neck, the way he always tasted the same in my mouth. Like salt and cigarettes.

Jase looks like he’s about to hit another wall. Or me.

“You’re not trying!” he explodes. “You just sit here, in your dark little universe, thinking about him! Did you think about him while I was fucking you last night? Huh?”

Lili writes dark romance, suspense and paranormal stories. Her serial novel, Seven Sons, was released in early 2014, with the following books in the series to be released in quick succession. Lili quit corporate life to focus on writing and so far is loving every minute of it. Her other loves in life include her gorgeous husband and beautiful daughter, good coffee, Tarantino movies and spending hours on Pinterest.