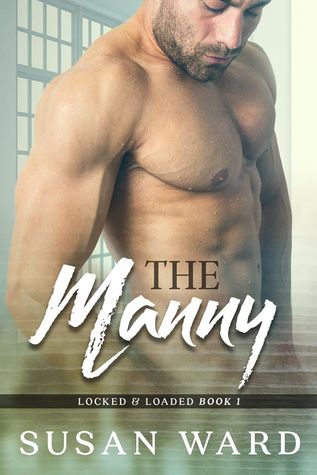 The Locked & Loaded Series is a spinoff of the Amazon Bestselling Sand & Fog Series. Six Bodyguards telling their own stories and keeping it real. Each book is a standalone and can be read in any order.

I never understood when people said someday you would love someone enough to want it all. All? I didn’t even know what they meant by “all.” I’d spent most of my life in the military in the Special Forces and, since taking that career-ending bullet in Kandahar, as personal security for the most famous rock star on the planet. My life worked for me. I didn’t need more and I sure as hell didn’t need to have the heterosexual fantasy.
Straight life for a gay man?
Married instead of lovers?
Physical fidelity in addition to emotional fidelity?
Children?

I never expected to fall so completely for a one-night stand. I thought this kind of love was something I was incapable of feeling, but then Leland Jensen was not my usual type of hookup. He was my age when I’d always been careful to stick with partners too young to hold my interest. He was smart and humorous. And he was my match in bed.
That he wasn’t like my other sexual partners should have warned me away that first night. Instead, it drew me to him like a moth to a flame. And there was no way to escape my desire for Leland since he was my employer.
I didn’t want a job guarding a child.
I didn’t want to fall in love with her father.
I did both. 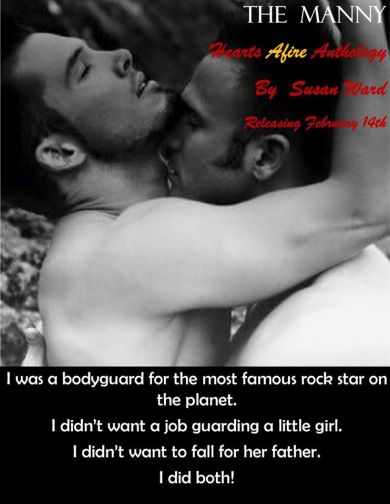 I stood against the far side of the elevator, posture erect and with my muscled arms crossed at my chest in a universally understood command to stay the fuck away as we chugged floor by floor down from the penthouse to my room seven levels below.

I needed some quiet time to have any hope of closing out the last thirty-six hours of this contract semicoherent. There wasn’t much work left. A party. Hopefully a hookup for my private after-party. The flight home with my employer and his family. Then downtime in California with my longtime lover, Zac, until my next assignment.

Final day of the tour. Fuck, it had been one hell of a twelve-hour shift, but it shouldn’t have surprised me because the chaos of the past four months surpassed anything I’d come to know on the road with the British hard rock band Blackpoll or any other band I’d worked security for.

Being a bodyguard wasn’t all fun. It was grueling hours of long work, no matter what you read in those chick-lit romance novels—it definitely wasn’t all fun this road trip—and even acknowledging that, I felt surprisingly melancholy knowing this was the last tour I’d ever work for Alan Manzone. He’d been my employer for seven years, we were good friends, and I genuinely liked the man.

A stellar human being.

A thrill a second to be around.

Wild. Impulsive. Flamboyant. Brilliant and sexy as hell on stage—no man had a right to be that sexy when he sang—and twice as alluring in his downtime during those brief moments when he was really him. A sincerely kind man, intelligent, elegant, and dick-hardeningly handsome.

Regrettably, immovably heterosexual. Married with children. Still, Alan was my favorite fantasy more nights than I’d ever admit. Well, on those nights I couldn’t get something young and hot, eager to indulge my real-life fantasies.

Oh, and let me clear up another misconception—probably read in a supermarket paperback as well—being on a rock tour wasn’t just a heterosexual guy’s wet dream. It was a fucking gay paradise 24/7. Especially for a guy like me.

What? Was I not supposed to say that? I worked hard for this body. Ten years in the military Special Forces. Two hours every morning three hundred sixty-five days a year in the gym keeping myself lethal and combat fit. I was not just for show, sweetheart. I could pump one into you in more ways than one.

I was thirty-six and unattached and free to prowl—when I wasn’t home in California with my lover—though there hadn’t been much prowling this final leg of the tour.

Those kids see and watch everything.

I felt the beginnings of a headache, and pressed hard with two fingers on my right temple.

Jesus Christ. Who would have thought Alan’s final farewell to the road would have ended in a rattle and not a bang?

I sure as hell didn’t. I thought the partying would be off the hook this final leg, but it’d been more like Romper Room instead of a swingers’ private club.

I guess the saying was true regardless of who the man was: kids change everything. That thought immediately brought to mind another saying I’d heard more than once this tour: British rockers never die; they become fathers and fade away.

And that’s pretty much what we’d done the final leg of this final tour. Slowly faded away. No parties. No craziness. No wildness—hell, I could count on the digits of a single hand my hookups across the last four months hopping the globe—the ending of an era, an epic two-year world tour, the finale of the reign of the ultimate rock god, Alan Manzone, coming to a close with a rattle not a bang.

She is a native of Santa Barbara, California, where she currently lives in a house on the side of a mountain, overlooking the Pacific Ocean. Her hometown is the inspiration for the Parker Saga which includes the Half Shell Series, Affair without End Series, the Sand & Fog Series, and the soon to be released Locked & Loaded Series.

She attended the University of California Santa Barbara and earned a degree in Business Administration from California State University Sacramento. She works as a Government Relations Consultant, focusing on issues of air quality and global warming. The mother of grown daughters, she lives a quiet life with her husband and her dog, Emma. She can be found most often walking at Hendry’s Beach, where she writes most of her storylines in her head while watching Emma play in the surf. She has 16 romance releases available on Amazon and all her books are free in Kindle Unlimited.

Spare a tree. Be good to the earth. Donate or share her books with a friend.